The company I got it from started sending me newsletters. Nothing wrong with that. Heck, I’d actually love to be updated about their new products or seasonal sales. The thing is, in their newsletters, they’d keep showing me nothing but beds. Not nightstands, not bedside tables, not mattresses, not chairs, not anything I’d likely buy next. Beds.

Hey, I just got a bed! I’m not hoarding those, I only need one.

In time, their automated emails got less and less frequent because, shockingly, I never converted. And then, Black Friday came. Here’s what waited for me in my inbox: 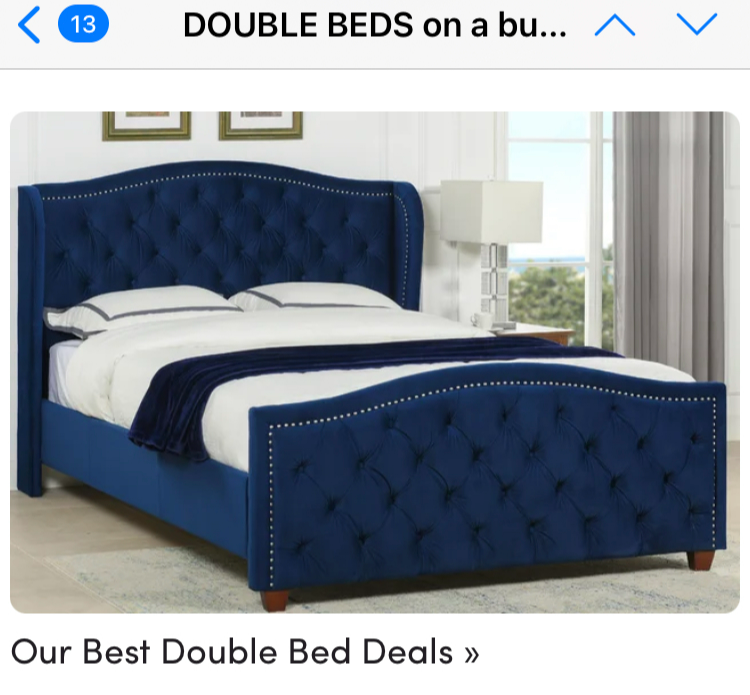 Obviously, their Customer Success (or any other team responsible for marketing automation) wasn’t doing a great job. And it got me thinking…

How many other companies miss out on potential sales just because of poor email marketing practices? How many people out there are frustrated by the irrelevant newsletters? Or, perhaps, my bed-gate is a rarity and newsletter subscribers are generally fond of the communications they receive?

The only way to know was through research. To find out about the current state of email marketing in the US, we surveyed 1,173 Americans and asked them what they thought about companies interacting with them via emails.

Read on to see what we learned. 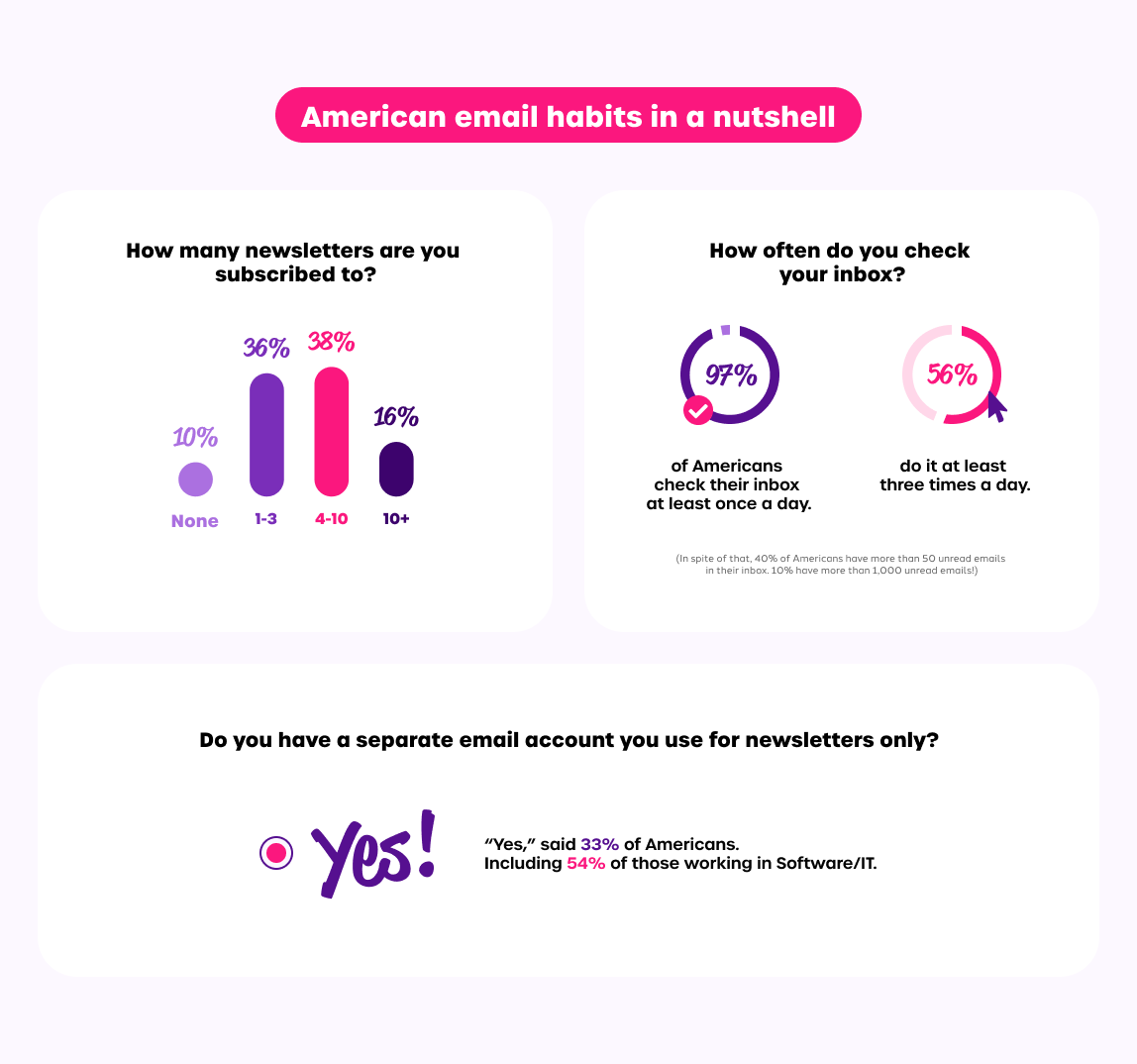 (Almost) everyone receives newsletters these days. Like death and taxes, they just seem inevitable:

Not surprisingly, newsletter subscribers are more common amongst younger generations: 95% of Gen Z, Millennials, and Gen X each receive newsletters compared to “only” 84% of Baby Boomers.

Interestingly, 33% of our respondents said they had a dedicated email account for newsletters only. (And... take notice of that data point as it turned out perhaps the most important one in the grand scheme of things.) This practice is most common among those working in the Software/IT industry: 54% of IT people have separate inboxes for newsletters.

How many newsletters are Americans subscribed to?

These numbers are really high and show just how powerful a marketing tool email is. To get some extra context, it’s best to realize just how big a role email plays in Americans’ lives:

Despite that, 40% of US email account holders had more than 50 unread emails in their inbox at the time of taking the survey and 10% admitted to having more than 1000 emails “waiting” to be opened.

On the other side of the spectrum, 36% of Americans seem to be following the inbox-zero approach, having fewer than 10 unread emails.

The most significant difference here was the one between people with dedicated newsletter email accounts and those without one:

The conclusion seems simple. We get many emails we don’t even bother to open and it seems that most of those are newsletters. Still… Overall, Americans have a rather favorable opinion on newsletters.

When asked whether automated email campaigns are a good way for brands to communicate with their customers, 55% of Americans agreed. This includes:

Younger, stereotypically more tech-savvy generations are more likely to enjoy receiving newsletters than older people. However, the most significant difference, yet again, was displayed between people with and without a dedicated newsletter-only inboxes:

(Of course, this makes all the sense in the world. If you’re interested in receiving automated communication enough to create a separate email account for it, you’re naturally inclined to be more in favor of that kind of messaging.)

All that being said, American newsletter subscribers are wary of unfair or dishonest practices employed by certain brands.

55% of our respondents said they thought automated email campaigns were designed to trick customers into spending more money. This view was more prevalent amongst men (59%) than women (50%).

In more general terms, 57% of Americans claim newsletters are “manipulative.” Interestingly, more people with dedicated newsletter inboxes would consider newsletters manipulative than those receiving newsletters to their main email account: 74% vs. 49%, respectively.

Finally, a vast majority of US email account holders feel that they receive more automated emails than what they agreed to. 75% of Americans claim they receive “a lot” of unsolicited email correspondence from brands and businesses that should better manage their email lists.

This view is expressed particularly often by older generations:

Okay, so we have a general overview of Americans’ attitudes towards email marketing. But not all newsletters are created equal. We wanted to dig a little deeper into what makes people like certain newsletters and dislike others. 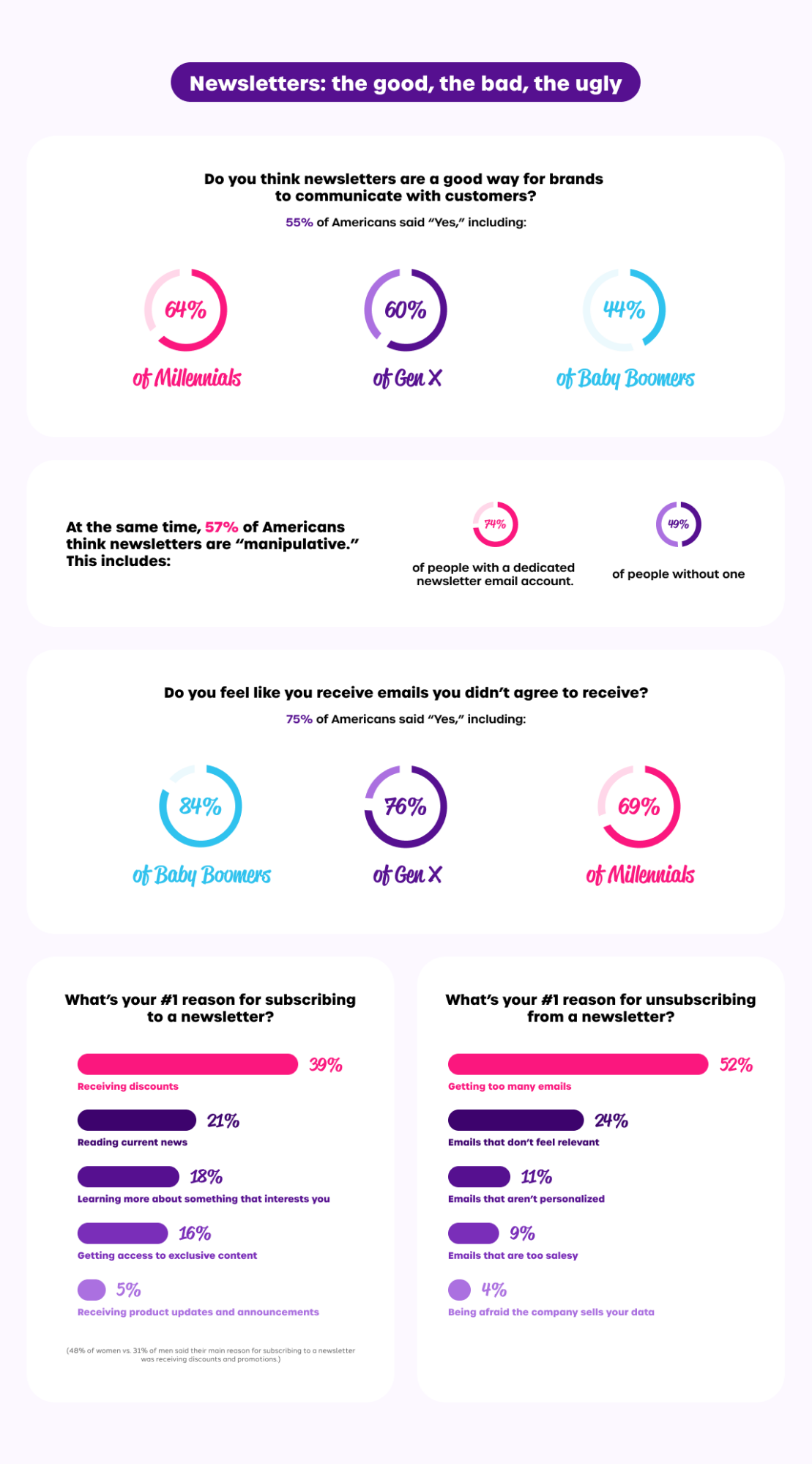 Unless you’re dealing with a black-hat online brand, you have to give consent to receiving automated communications before a company can start sending you their newsletters, it’s as simple as that.

Top reasons for subscribing to newsletters:

In the US, the most common reasons for people to subscribe to a newsletter are:

What felt truly fascinating here, were the differences between certain demographics.

Women and younger generations were driven by discounts and exclusive offers more often than men and older generations:

The group least interested in “hot deals” were the people with a dedicated newsletter email account: only 17% of them pointed to discounts as the motivator behind subscribing to newsletters compared to 50% of people without a newsletter-only inbox.

Apparently, people with a separate email inbox for newsletters are avid readers. Their most common reasons for joining a mailing list are reading current news (30%), getting access to exclusive content (27%), and learning more about their areas of interest (22%).

So, now that we know what makes Americans willing to subscribe to certain newsletters, how about unsubscribing? What needs to happen for people to say “enough is enough?”

Top reasons for unsubscribing from newsletters?

The most common reasons for Americans to unsubscribe from a newsletter are:

The differences between genders, age groups, or occupations weren’t substantial, but, AGAIN, the one group that differed from all others were people with dedicated newsletter email accounts. Only 35% of them (compared to 60% of those getting newsletters to their general inbox) would unsubscribe from a newsletter due to “too many emails.”

Also, even though the fear of having your data sold to third parties was actually the least common reason for Americans to unsubscribe from a newsletter, a staggering 80% of Americans admit to being concerned that some companies sell their contact details to third parties. Interestingly, this fear was most common amongst people subscribed to 10+ newsletters (87%).

Top reasons for unsubscribing from a newsletter:

What happens after the big kiss (I mean, automated onboarding)

Now, a particular type of automated email communications are the onboarding emails—the ones that explain how a product or service works once you’ve decided to use it.

And, in general, Americans are quite fond of those. 53% of respondents said they liked receiving onboarding emails. This view was, not surprisingly, most common amongst people employed in the Software/IT sector: 66% of them said they enjoyed onboarding emails.

So what happens once the onboarding process is over? Obviously, businesses want people to stay on their mailing list. And, quite to our surprise, it turned out that email account holders aren’t that much against this practice:

As is becoming a clear pattern in this study, the group with an opinion vastly different from the general population were the people with a dedicated newsletter email account: only 16% of them would opt out of automated email communications after the onboarding process, compared to 44% of those without a newsletter-only inbox. 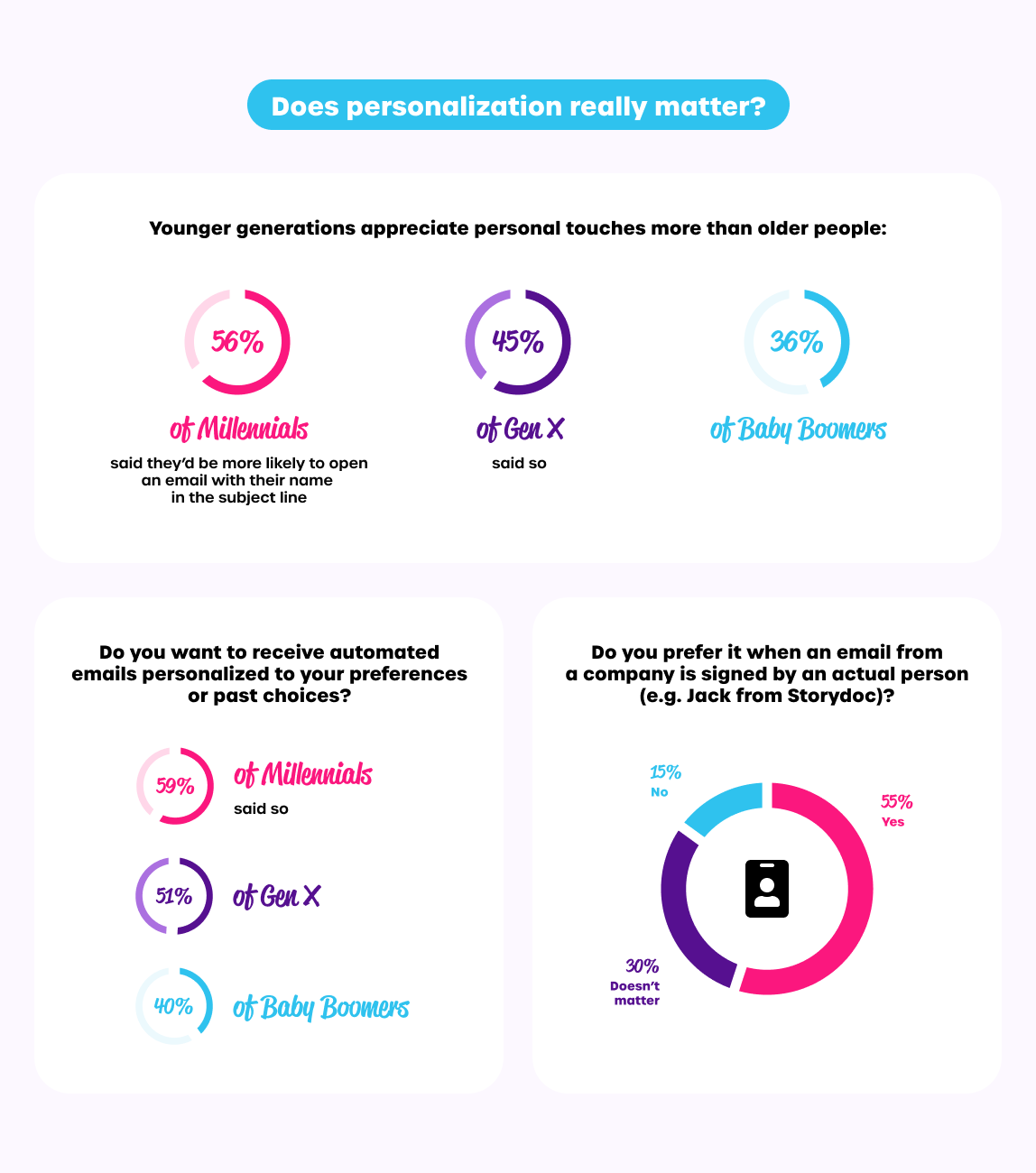 When we hear our first name (even if not in actual reference to ourselves), our brains get automatically activated. It’s a scientifically-proven fact. It should be a no-brainer (lame pun intended) for marketing pros to make use of that mechanism in their communications.

According to our data, 47% of people are more likely to open an email if the subject line contains their first name. Younger generations in particular, find that type of personalization effective:

Yes, you guessed it, the group that paid the closest attention to this kind of detail were the people with a dedicated newsletter inbox: 69% of them said they were more likely to open emails using their first names in the subject line.

We then asked our respondents whether or not they appreciated getting emails that are tailored to their preferences and past choices. Similarly to the first-name-personalization, the result suggested that 49% of Americans do prefer such emails.

Again, it was more common amongst younger people:

The group most likely to enjoy further personalization of automated communications were the people with a dedicated newsletter inbox: 64% of them appreciated email personalization.

Ironically, even though Americans are fairly favorable of receiving communications personalized to their preferences, they are not very likely to respond to surveys asking about those preferences.

The final thing we wanted to know was related to the design of newsletters.

The email marketing tools available for businesses make it very easy to create advanced visuals and graphics to add to email campaigns, usually in the no-code setup. But is it what users actually want?

Turns out, Americans have a slight preference for plain-text newsletters:

The key finding? There are two types of people out there…

...Those who have a dedicated email account used only for newsletters and those who don’t.

While there were some generational or gender-based differences in Americans’ attitude towards various email marketing practices, the most significant contrast was the one between people with a separate newsletter-only inbox (a third of Americans!) and those without one.

People who use a dedicated email account to receive newsletters seem way more email-marketing-savvy than the rest of the population. While they’re more wary of newsletters being “manipulative” and “aimed at tricking customers into spending money,” they also appreciate newsletters a lot.

They want to receive personalized communications and they are likely to engage with brands by filling out surveys to share their preferences.

Also, unlike the majority of the US population, people with a dedicated newsletter-only inbox aren’t driven to subscribe by deals and promotions. Rather, they treat newsletters as a way to stay up-to-date with current events or learn more about something that interests them—which might be the reason why those “newsletter geeks” are most likely to enjoy automated communications written in plain text, rather than ones with elaborate graphics.

Want to share our findings? Go for it! All images, animations, and items of data featured in this study are available for non-commercial reuse. Please, make sure to reference the source and link back to this page to give the authors proper credit.

All specific demographics this study refers to when making comparisons between different groups consist of at least 100 respondents. Smaller groups were ignored because the responses could not be statistically relevant.

To help ensure that respondents took our survey seriously, all respondents were required to identify and correctly answer an attention check question.

Some questions and responses have been rephrased or condensed for clarity and ease of understanding for readers.

As experience is subjective, we understand that some participants and their answers might be affected by recency, attribution, exaggeration, self-selection, non-response, or voluntary response bias. 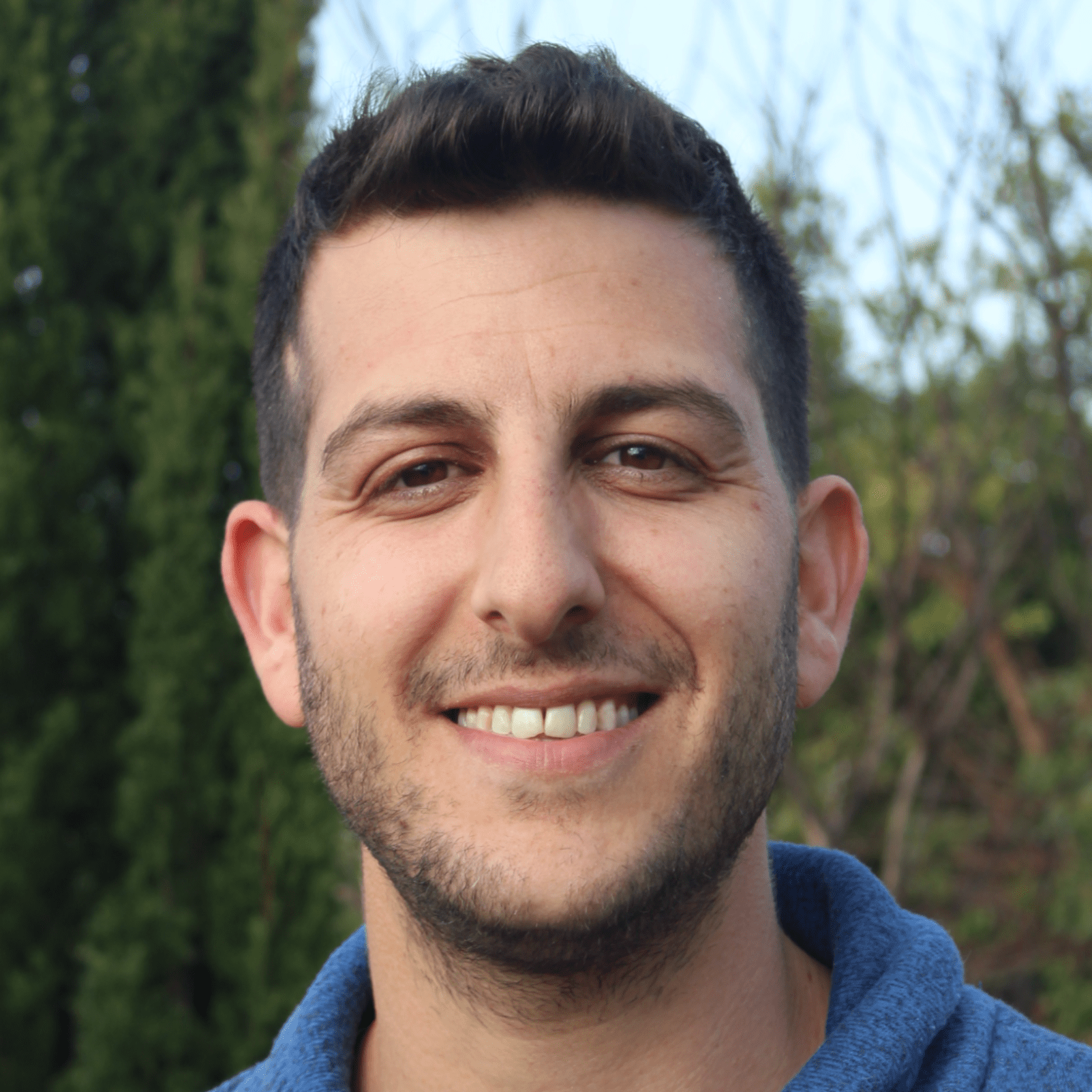 Hi, I'm Itai, one of Storydoc's co-founders. As a data geek, I couldn't hold myself from jumping into our data and discovering what makes top-performing sales decks so successful. I'm excited by the opportunity to share our findings and contribute to the sales and marketing community!

Sales and Marketing Presentations Stats: 2021 Comprehensive StudyDirect Sales and Cold Selling Is Dead. Or Is It? [2022 Study]

Try Storydoc for free for 14 days (keep your decks for ever!)