Learn how Spot by NetApp doubled their conversion rates

by switching their old deck to Storydoc.

Spot is one of the world’s leading software startups, specializing in the analytics and automation of cloud infrastructure services. The Spot team provide their services to tech companies from all around the world including giants such as Samsung, Sony, IBM, and more. When working on optimizing their automated LinkedIn campaign, Spot’s marketing team came across Storydoc.

More prospects read their deck in its entirety

We've seen higher conversion, of up to x2, among prospects who engaged with the Storydoc pages 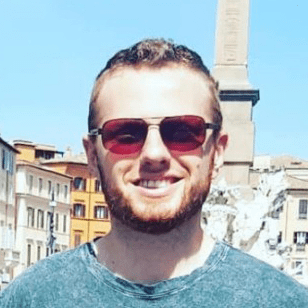 Want to replicate their results?

Book a demo Try it out

...and see what we can achieve together.

The campaign before Storydoc

The goal of Spot’s campaign was very simple: generate and qualify leads who would book a demo with their sales team. But they struggled with finding a scalable, effective strategy. Spot’s team experimented with:

All to little avail. Until we met, that is.

One day, Boris, Digital Marketing Lead at Spot, received a sales deck that mesmerized him. It looked exactly like a deck he would want to use. That deck was created by StoryDoc. So Boris reached out to us to get one of his own.

As with any other highly technical product, the main challenge with Spot’s deck was to make complex technology easy to grasp and its impact on the bottom line—self-explanatory. It was never possible to accomplish that goal with static pieces of content such as PDFs or landing pages.

The transformed deck is interactive, scroll-based, and focused on telling the big story behind Spot’s solutions—easily explaining why their prospects need to take action.

Plus, in order to immediately capitalize on prospects’ interest, we designed the deck to feature a clear, singular call to action at the bottom, making it easier for prospects to book a demo right away.

After a few days, the new deck was ready for a test drive. The results came in an instant. Compared to their previous approaches, the content engineered by StoryDoc boosted demo conversion rates twofold.

The new deck also improved prospects’ engagement metrics: up to 40% more people would read the deck in full. Turns out, even technical buyers enjoy stories much more than raw data sheets!

Finally, our simple no-code editor enabled Spot’s team to fine-tune their content. They could deploy new iterations of the deck in seconds, test different versions, and, ultimately, max out the key metrics.

See how we can help you boost your sales results, too

Book a demo Try it out