Start-Up Nation Central is an NGO created with the goal of fostering the development of high-tech companies. Their Policy Institute (SNPI) is a think tank working under the umbrella of SNC with a focus on research and policy recommendations.

As an organization that helps grow businesses, one of the key types of documents that the SNPI team creates is business analysis reports. These present their data and analysis of key industry trends.

SNPI simply had to modernize their reporting - this is why

“Let me tell you this: if you want to be perceived as a real professional, don’t ever send PDF reports. It will make you look amateur.” 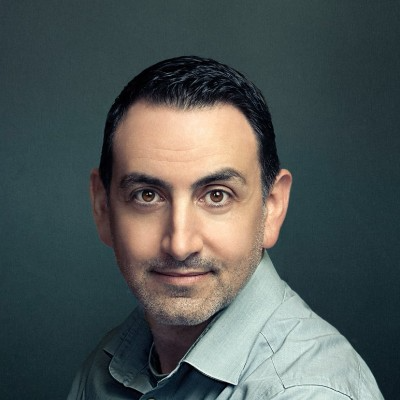 Before Start-Up Nation Central started working with Storydoc, they weren’t entirely pleased with how their reports were presented.

As Uri Gabai, CEO of Start-Up Nation Central’s Policy Institute told us, “A while back, we were mostly producing and sending out our reports as PDFs.

And I had a feeling that you just can’t do it in 2022. Definitely not in our sector. We’re targeting a tech-savvy audience in a buzzing industry. PDFs would never appeal to our readers.”

Another problem for Uri and his team was the lack of any report analytics. They had no idea who opened their reports and how they interacted with them.

The only thing they could do was measure the email open rates. Which doesn’t really tell you a whole lot.

The SNC team tried experimenting with alternative, interactive formats, but those took a lot of time to be produced and cost a small fortune.

And then we met. We offered them a better-looking, quicker, and more effective alternative at a fraction of the cost. Naturally, they were intrigued.

Since the Start-Up Nation Central’s Policy Institute started using Storydocs a lot has changed for the better: 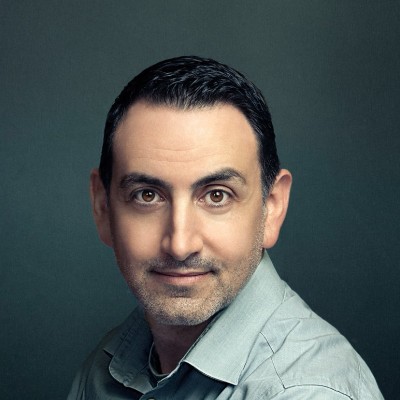 “We stand for innovation and we want to be innovative in the way we present content. Since we started using Storydoc, we’ve been getting immensely positive feedback. Many stakeholders enjoy the medium even more than they enjoy the content!”

Want to achieve what SNC did?

Try and see how Storydoc can boost your reporting capabilities.

Pick a template
Book a demo

PDFs are a blunt instrument for reporting, they just don’t cut it anymore. But don’t take our word for it, this is what Uri Gabai had to say about it:

“A few years back, my teams would use PDFs as their go-to medium for business docs. That seemed to be the industry standard. But PDFs seem very unfit for modern-day reality.

You don’t know if people are reading them, you might know if someone downloads your document, but this is where the interaction with the reader ends.

Besides, PDFs are clunky and they have serious design limitations. Let’s say you want to present three similar graphs in your report, each focusing on a slightly different aspect of a topic.

You either just pick one, which limits the scope of your message, or you jam-pack all three, one below the other, which makes the report look crowded and cumbersome.

I just felt this is not what our reports should look like. Especially, since those are reports about the tech ecosystem. We target an audience of young, energetic professionals working in a buzzing industry. How can PDFs engage such people?”

“With Storydoc, we get amazing-looking reports that we can customize to meet our exact needs and use cases. Ever since we started, we’ve never gone back to PDFs.”

Let’s face it, few people are in love with PDFs. Actually, most companies would like to improve the look and feel of their business content. It’s just that they can’t afford it. That’s because producing great-looking, immersive content takes tremendous amounts of time, effort, and money.

It was no different for the SNC Policy Institute.

“At one point, we decided to create a brand-new interactive report. We partnered with a company that programmed every piece of information included in the report. They did it all from scratch. And I have to say I was pleased with the results,” Uri says.

The only problem? It was a huge investment of time, resources, and money. “The process was extremely long. And it was extremely expensive. Literally two orders of magnitude above the Storydoc price tag.”

For the record—We saw that SNPI report. We liked it. But we knew we could create something better and do it more efficiently: time- and cost-wise. So we reached out.

Uri remembers: “I was skeptical at first. I saw the scope of Storydoc’s offer and I didn’t really think you could deliver something of such quality at so low a cost. But we gave you the benefit of the doubt and used Storydoc for a few minor reports. We fell in love with the result instantly.”

“Storydoc offered us a lot of flexibility. Unlike content created by other external contributors, we could edit the reports in the editor as much as we pleased. It was just like editing a Google Doc. And, because of Storydoc’s template-based design, we didn’t need to create anything from scratch.”

“If you’re willing to spend 6 months and pay north of $100,000 for a custom-built report, go for it. I’m sure it will look great. Just bear in mind that you won’t be able to change it on your own after it’s done. Any button you’ll want to change, you’ll need to go through the dev team.”

“With Storydoc, we get amazing-looking reports that we can customize to meet our exact needs and use cases. Ever since we started, we’ve never gone back to PDFs.”

Analytics and tracking for full visibility

“We want to start A/B testing different versions of reports to optimize them for performance. With PDFs, you finish the report, you send it, and you hope for the best. With Storydoc, you can constantly improve your content. Analyze, optimize, tweak, and then rinse and repeat.”

Another aspect of Storydoc reports that really appealed to Uri was the tracking features. When sending out reports with Storydoc, Uri’s team has full visibility of the process. They know who opened which report, how much time they spent on it, and whether or not they clicked through to additional resources.

“At the beginning, some of our partners insisted on getting 2 versions of our reports: a traditional PDF and a Storydoc link. But with the PDFs we felt that we were losing a lot of the information about what’s really happening with the report,” Uri recollects.

“The real shift happened when we started using Storydoc reports only.

From then on, we had all the data from the get-go. Now, thanks to the Storydoc link personalization function, we can identify the groups of stakeholders who are genuinely interested and focus our efforts on them.”

This opened another door of opportunity for the SNPI team—testing out different solutions. As a business think tank focused on high-tech innovation, appropriate branding is one of the keys to success for SNPI. Storydoc helps them reinforce that kind of branding.

“We get a lot of extremely positive feedback from our stakeholders. It’s very important to me,” Uri says.

“As you know, we stand for innovation. And we want to be innovative in the way we present content. A lot of our readers have been telling us that they enjoyed the presentation of our reports even more than the actual content!

‘These reports are amazing. This is the only right way for modern reporting.’ I love getting that kind of feedback!”

Uri also suggested that a change in the mindset behind business communications is actually long overdue.

“What stuns me is that people are shocked to see something other than a PDF. And PDFs were used back in my university years. Not to give away how old I am, but let’s just say it means PDFs are ancient.

And I don’t think PDF it’s a technology that has any future anymore. It’s not interactive, you can’t track it. It’s just not good enough.”

“If you’re a real professional, don’t send PDF reports. Doing so makes you look amateur. Plus, with PDFs, you don’t get any feedback and you can’t improve future content.

If you don’t keep on improving, people will lose their attention. Why? Because you won’t know what they like and how they behave.”

Design and support team you can trust

Another aspect of working with Storydoc that SNPI has been particularly fond of was the collaboration with our dedicated storytelling team.

“Storydoc’s design team has always been extremely professional. Everything happened quickly and seamlessly.

They’d get the input from us, and work on the content behind the scenes, without our involvement. At the end of the process, we’d get a fully customizable document that is easier to edit than MS Word files!

And another thing we loved—the single point of contact.

When you want to create custom PDFs, you have to deal with so many people: freelancers, designers, writers, and others. The list is endless. At Storydoc, we get a dedicated storytelling expert that supports our team at every step of the process.”

Learn how Orbiit delighted their customer

Learn how Banging Bargains stands out from their competition

Learn how Maor amazed their investors

Learn how Octopai enables their champions to sell internally

Create my report
Book a demo