The sales landscape is riddled with victories and difficulties. Salespeople often have to contend with challenges ranging from unpleasant prospects to internal friction and boredom of being in a rut.

All of this can have a major impact on their motivation and engagement.

Adding to their woes is time spent on manual tasks such as data entry and even shadow accounting to ensure their payouts and incentives are in line with their compensation plan.

Wasted time and decreased motivation translate to lower sales performance, both individually and at the level of the team. To keep your sales reps on their toes, it is essential to improve engagement using a digitally driven human touch.

Here are top strategies you can adopt to motivate your sales reps and increase performance:

1. Approach performance at an individual level

Sales team performance is built brick-by-brick starting at the level of the individual sales rep.

Using a people-centric approach, managers need to win the hearts, minds, trust, and respect of the reps. It starts with getting to know individual reps and acquiring a clear picture of their demeanors, skills, strengths and weaknesses, and work preferences.

For consistent performance, the rep’s training needs to start along with robust onboarding.

It’s especially important when selling complex products or processes, as their information should be tailored in a format that is easy to remember. With effective onboarding, the ramp-up time can also be reduced.

2. Put together a winning team with common values

Once you have the individual set, you can put together a team with a set of core values that are agreed upon by everyone.

Sales reps that are part of teams that are accountable for one another are highly motivated to grow along with the team.

It also helps to keep the team diverse as it is known that such teams perform better because of the different perspectives and skill sets that each member brings.

It is not uncommon for startups and small businesses to measure their sales performance on a spreadsheet and create a complicated manual system for tracking and reporting team performance.

However, using spreadsheets for work tracking builds the workload for everyone, including the sales reps, taking away their productive time.

As companies scale, they need to embrace digital transformation to streamline workflows and even retain their top performers. According to Dell’s research, 42% of millennials are likely to quit a job over substandard technology.

Digital tools make it easier to create and implement complicated incentive programs, and track the performance of sales reps in real-time. Taking away unproductive manual work frees up more time for sales reps to spend on selling.

Below are the main categories of sales tools you may want to look into in order to streamline your team’s sales process.

NOTE: We’ve written a specific post about the best tools for optimizing your sales demos. After all, sales demos are our forte at Storydoc. We’re great, but we’re not the only ones. True, we help sales reps increase their win rate by 70%, but why stop there? Enlist other tools too.

With technology comes the capability to consolidate data and extract meaningful insights. By carefully examining the data available at each stage, it is possible to uncover performance issues that otherwise are hard to find.

It has numerous advantages as sales reps can have a good idea about where they stand with respect to deals and prioritize accordingly. They can choose to commit to their best case deals or build pipelines to the promising prospects.

By tracking the data closely, it is also possible to catch and fix issues that can have a negative impact on their performance or the business in the long run.

Sales productivity metrics to look at:

Any time spent should be geared towards increasing your win rate. This should come as no surprise. So optimizing these metrics could mean an increase or a decrease in average time spent, depending on the metric’s contribution to revenue.

Some of these metrics are easiest to track manually using a sheet or CRM, but it would be wise to look for tools to automate as many of these as you can afford to.

Some CRMs can automate some of these for you, but depending on your work methods and your existing tools you’ll have to research this for yourself.

Storydoc’s own sales collateral management tool can integrate with your CRM (for example Salesforce, Hubspot, and Salesloft) and send automatically almost any information concerning your sales collateral usage and performance directly to your sales CRM.

You can also significantly reduce the average time spent working on sales collateral, and increase just about any deck performance metric you can think of using Storydoc (as our happy clients will attest).

Sales deck conversion rate is usually an overlooked metric because it’s impossible to measure for most companies. But increasing this metric can increase your win rate drastically.

The truth is that sales deck conversion rate can easily be measured, but to do so you must choose to leave PowerPoint behind and move to a web-based sales deck maker that comes with integrated analytics.

Storydoc is a great alternative to PowerPoint, but you also have Pitch.com, Beautiful.ai, and others, though Storydoc’s analytics suite is the most powerful and has been shown to increase prospect conversion rate by up to 2X.

Sales deck engagement metrics you can measure with Storydoc:

Based on these you could keep improving your sales deck according to the freshest insights, even after your prospect has viewed it.

5. Enable an atmosphere of transparency and openness

Transparency and openness are critical factors that enable trust in the employees.

When your sales reps have enough trust in the system, they are able to focus on selling and worry less about all the variables. The sales compensations and incentive programs, for example, can become so intricate that it makes it hard for them to keep track of their payouts.

A nasty outcome of manual accounting is the errors that they inevitably generate, which leads to frustration and lack of trust. Reps would end up wasting a significant amount of time shadow accounting to ensure their compensation and incentives are true to what was promised.

Sales incentive compensation management software can eliminate this problem by being able to handle complicated compensation plans and offering all the data they need on demand without delays.

Forecasting has always been hard for sales executives because of the lack of visibility into the pipeline. Manual forecasting can only go as far as the data entered by the reps in the CRM tools and has a scope that extends barely to the subsequent quarter.

Sales software with predictive capability can significantly boost forecasting by analyzing CRM data. They can pick up deals in the pipeline that have slowed or are at risk. The software can also offer suggestions to assist reps and drive sales performance.

Incentive compensation is the primary factor that drives sales behavior. Creating the right compensation can mean the difference between a highly motivated performer and a resentful individual who can hold the whole team back.

Compensation works best when you align the incentives with the overarching objectives.

This means that the sales reps must prioritize the best deals to reach the goals and target the right opportunities. It’s also essential to understand that closing a deal involves multiple individuals playing different roles.

Therefore, it’s important to tailor-make incentive plans for each position to ensure everyone is paid fairly to keep them motivated.

It is within the best interest of managers to understand the factors which determine the performance of individual sales reps.

Not all reps have the same skill set or motivation to perform. While the star performers can continue their streak with little feedback, the core performers and laggards need more guidance.

Since the sales landscape is dynamic, it becomes necessary to coach them on a frequent basis to keep them up to speed on the newest trends and techniques. A well-organized webinar can help significantly in this sense.

It is essential to empathize with your reps to figure out the “why” behind their performance so they can work on the stumbling block to their progress.

Gamification has a powerful effect on driving sales performance and behaviors. It offers quick rewards that boost the confidence, social image, and self-esteem of sales reps which translate into increased performance.

Not surprisingly, 89% of employees say gamification makes them productive and 88% say it makes them happy at work. While the fun aspect of gamifying task management is in itself a driver of performance, the social component acts as a booster.

Aspects of gamification such as contests, leaderboards, points and badges, and social feeds ignite the competitive spirit of sales reps and motivate them to perform at their peak.

Therefore, having a sales gamification software is a must for companies to amplify their sales rep performance.

Here’s a webinar on using the magic of gamification to drive productivity & sales: 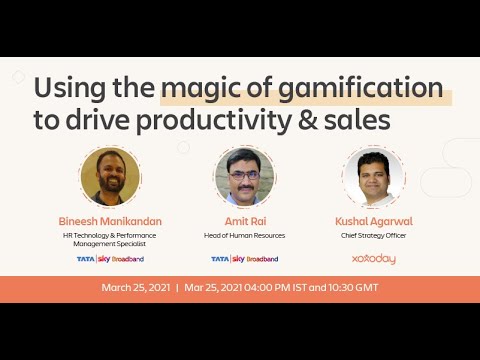 10. Create a sense of competitiveness through sales contests

Sales reps tend to be competitive people at heart, so if there’s one thing that can add a lot of zest to their job, it’s sales contests. While the idea of using contests to boost sales isn’t new, the elements of social feed, points, and badges factor into their relentless need to stay ahead of the competition.

A good gamification tool is what is required to quickly spin up a challenge and keep everyone engaged with real-time scores and visibility into standings.

Set up daily or weekly sales contests that relate to any of the sales goals or success behaviors such as revenue, volume, brand-building, customer retention, etc. Keep the rewards/prizes creative to ensure it has value to the reps. 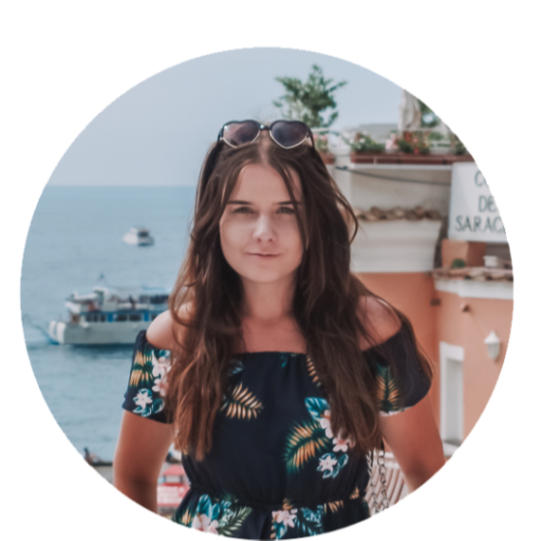 Hi, I'm Dominika, Content Specialist at Storydoc. As a creative professional with experience in fashion, I'm here to show you how to amplify your brand message through the power of storytelling and eye-catching visuals.

Make a Sales Pitch Deck That Turns 'Maybe' to 'Yes!'

Create your best presentation to date